Hurricane Florence left an intense effect on the residents of Carolinas during mid of September 2018. The lingering effects left far-reaching destructions and almost 150,000 residents suffered power cut and niggling effects in essential services.

During the tenure, Carolinas medical providers were already putting plans in place for moving resources to serve patients. For providers like Carolinas HealthCare System and Onslow Memorial Hospital, it was a critical time as facilities were scattered across the state.

The low lying areas were inundated by flood waters. Flooding levels were too severe which resulted in impossibility for any practitioner to reach their hospitals. To mention, the number of patients doubled during the course and risk increased. As hospitals were hunkered down, telehealth service providers were offering free access to their patients.

Telehealth companies played a major role during last year’s brutal hurricane season, adjust resources required to each patient before, during and after the storm. Their main aim was that the evacuees were receiving the level of care required during the wrecking flooding.

The wind pressures were too great to leave staffers at the hospital, while new staff couldn’t arrive and the backlog of patients increased with more yet to come. Each Telehealth medical providers played their parts well and saved as many lives as they practically could.

An analysis of the Doctor on demand suggested that these services were highly used during the wrecking storm that stranded the Carolinas. This led to the improvisation of the infrastructure with each subsequent emergency.

Carolinas HealthCare System also waived off fee for virtual medical tours during Florence and saved thousands of lives. Although it did not cover medical emergencies for which the patients were instructed to ring at 911.

Focusing on the patients first and aiming to locate individual needs, each Telehealth medical providers played their parts well, they provided inaccessible services, as during natural disasters patients requires immediate access to medical care whenever and wherever needed without any compromise on the quality.

Credit entirely goes to the local physicians who found an innovative and efficient way to treat patients remotely and the great usage of resources and Telemedicine provision. 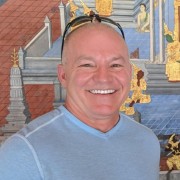 Craig Richardville was a skilled and creative chief information and analytics officer with vast knowledge regarding system management, time management, multi-tasking, project management, supervision strategies etc. He has a wide-ranging experience of 19 years while working at Atrium Health.

Hurricane Florence and Telemedicine, A Tale of Successful 18-hour EmergencyunratedCraig Richardville2019-02-15 06:58:29Hurricane Florence left an intense effect on the residents of Carolinas during mid of September 2018. The lingering effects left far-reaching destruct…